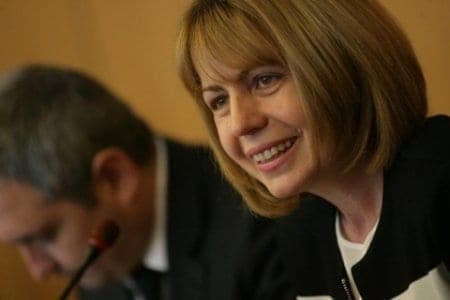 The Mayor of Sofia Municipality, Yordanka Fandakova, said earlier this week that the municipality had invested nearly BGN 50 million in educational infrastructure in 2014.

She made this announcement presence of officials and the press soon after having inspected the recently delivered projects for the renovations and new buildings for a new school in the area near the village “German” of the Panchearevo district southeast of Sofia.

The Mayor added that the municipality is carrying out repair works in about 60 schools and the resources for such extensive infrastructure overhaul is coming from a variety of foundations.

Specifically, this investment made by the municipality of Sofia in educational infrastructure accounts for 39% of municipality revenue and is part of the programme for upgrading education in and around the Bulgarian capital that is taking place during summer.

In other words, this means that “education expenses amount to a significant percentage of the total of Sofia Municipality taxpayer money”, as the Mayor clarified in her own words, although there also are EU programmes for regional development being utilized.

Sofia Mayor Yordanka Fandakova finished the inspection of the school saying “we could wish for nothing better than this”, implying that taxpayer revenue is being well spent and that having better schools always is worth every effort. In the background as she was leaving, one could notice the posters from a national celebration just a week earlier, so the Mayor’s visit is not without cause.

Every July, Bulgarians celebrate the birth of their national hero, the “Apostle of Freedom” Vasil Levski, and this July it is the 177th anniversary.

Vasil Levski was part of a monastic fraternity before becoming a member of the freedom movement to fight against Ottoman rule, all thanks to the education he received at the monastery. He gained his legendary fame after performing various feats during the revolution, but was arrested Bulgarian authorities in the outskirts of Sofia in February and hung by the Ottomans soon after.

Authorities in Bulgaria have been trying to turn July into a month of commemoration of his birth, rather than February remaining a month commemorating his betrayal by his compatriots and subsequent hanging at the hands of the enemy, also making sure youngsters see the connection of education to freedom.

Sofia Municipality organized an official ceremony on the occasion of the 177th anniversary of the birth of revolutionary Vasil Levski in the Borisova state Gardens presence of the national guard, and amidst the positive spirit of the festivities the Mayor is trying to garner all support for such an ambitious project that will upgrade all schools of the area.