Watch the full video below and read on for profiles from two current students at UOB in Belgrade, Serbia. 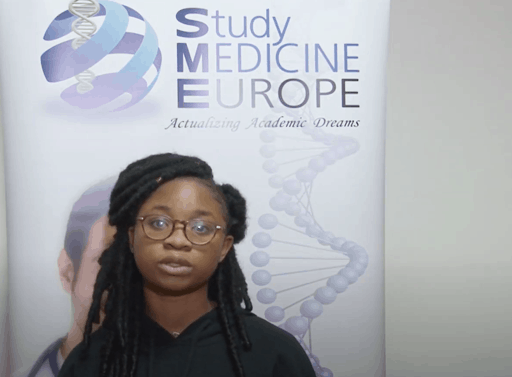 Monica is a first-year student studying at University of Belgrade

How did you apply to in studying medicine in Belgrade, Serbia?

What are the steps to get accepted into a medical university in Belgrade, Serbia

How was your experience relocating to Belgrade, Serbia?

What was your experience studying medicine in Belgrade, Serbia?

What was the best part from the overall experience?

city manager helped her in almost every way possible. Monica shares “I am really happy because I have the city manager Mina who helped me with moving to Belgrade and helped me settle more in the city and also helping me with my faculty.”

According to Monica one should be very dedicate to study medicine since it is difficult. Monica explains “Medicine is stressful but if you are committed and motivated then you should study medicine.” 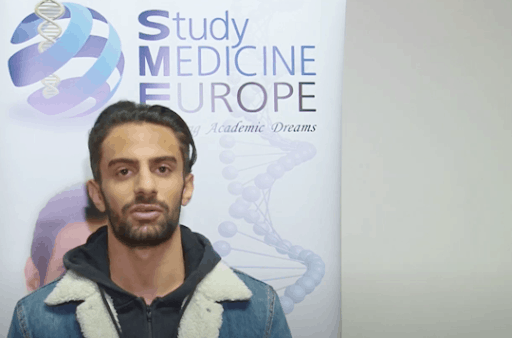 Parsa is a first-year student studying at University of Belgrade

Where did you find out about SME?

How did SME assist you in your medical application into Europe?

The SME staff provided lots of assistance to Parsa and also helped Parsa pick the best medical university for him. Parsa says “The staff of SME they helped me a lot with finding out the university that is best for me.”

What happened next after completing your entrance exam in UOB?

How did the city manager in Belgrade assist?

The city manager from SME provided an extensive assistance to Parsa from accommodation, bank account and also health insurance. Parsa said “She helped me a lot with sorting out my stuff, she had pre-booked my hotel for me for the first day and also she had already prepared a nice apartment which is only ten minutes’ walk away from the university and few days after she helped me sort out my bank, my health insurance, my residency and everything else that I needed basically.”

How was the medical course in the University of Belgrade?

Parsa found the medical course intense but it was not very difficult in the end with the help of the professors in the University of Belgrade. “The course is nothing more than what I expected, it’s intense obviously it’s medicine but it’s quite manageable because of the professors.”

How was your experience commuting as a student in Belgrade, Serbia?

Parsa explains that it was easy commuting around Belgrade because there are bus stations just a few minutes from where he lived and everything else he needed for his daily living routines were all in the vicinity of where he lived. “From where I lived there is a bus station literally 2 minutes away from my house even without bus station everything is just close by with wide variety of restaurants and grocery stores. Basically every that I need for a living is close by.”

Are you ready to learn more about studying medicine in Serbia or would you like to find out how to apply with SME?  Contact our recruitment team today and we can answer all your questions, email you relevant documents, and help you find the programme opportunities available for you!
+Our Students
+Authorised Recruiters
Featured in