Click here to watch our graduate's life after medical school...

Click here to watch our student’s journey to medical school...

Click here to watch a day in the life of our medical student...

The Sofia Medical University is considered as one of the oldest university in the Bulgarian capital. SMU is also regarded as a significant scientific hub and a renowned science center in the Balkans. The student reviews shares the experiences and journey of a medical student studying medicine in Sofia, Bulgaria.

Watch the full video below and read on for profiles from three current students at UOB in Belgrade, Serbia. 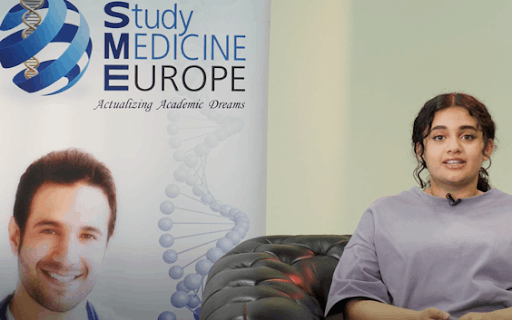 Abeer is a first-year student studying at Sofia Medical University

How did you application process begin in SME?

How was your experience onboarding a medical university in Sofia, Bulgaria?

Abeer explains that she did now have to worry about anything since SME assisted her with posting the documents to the university and also held her hand through the transition process. Abeer said “They helped me post there all the documents. Once I have submitted everything they handled the transition process so I did not need to worry about anything.” 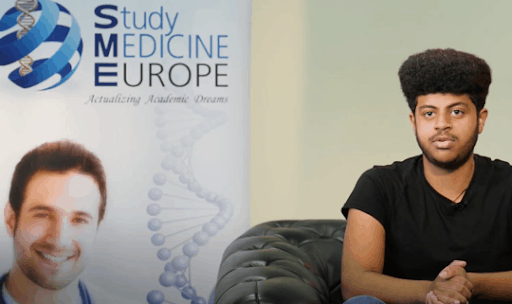 Jerin is a first-year student studying at Sofia Medical University

What was received after the acceptance into SMU?

How was your experience when you first arrived Sofia, Bulgaria?

Jerin said that as soon as he arrived the airport in Sofia, he was

How did SME assisted in relocating into Sofia, Bulgaria?

Jerin shared that as he arrived the hotel in Sofia, SME assisted in getting him a low cost sim card and also helped

setup a bank account without the need to go to the bank at all. “We had a small briefing where we received a fully activated sim cards at low price and after a short period of time SME helped us open up bank accounts so which meant we did not have to actually go to the bank physically and open bank accounts ourselves.”

How did SME assisted in getting an apartment in Sofia, Bulgaria? 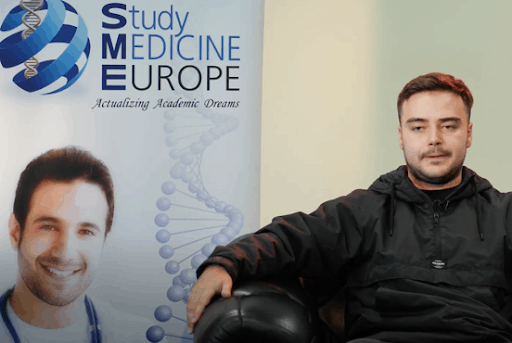 Tiago is a first-year student studying at Sofia Medical University

What was your experience studying medicine in Sofia, Bulgaria?

Tiago believes studying medicine is similar anywhere but having passion and focus will benefit in overcoming the complexity of the course and in return gaining more knowledge. Tiago said “Medicine is medicine throughout the world, if you have passion and desire to it you will realize that the complexity and difficulty of it will just become a motivation to study and learn more.”

How was your experience living in Sofia, Bulgaria?

Tiago said as he arrived in Sofia he was uncomfortable but SME helped in making the experience better and he interacted with the people from all around the world which improved his social skill in soon becoming a doctor. “Living in Sofia is very interesting to say at the least. Personally I moved from South Africa to Bulgaria and as a young adult a 19 year old moving into the city is very difficult and different to say the least. As a student once arriving at Bulgaria I was uncomfortable but SME made the process very comforting and interaction has added to my social skills in becoming a doctor and going into the medical profession.”

Are you ready to learn more about studying medicine in Serbia or would you like to find out how to apply with SME?  Contact our recruitment team today and we can answer all your questions, email you relevant documents, and help you find the programme opportunities available for you!
Watch Our Videos
Real Success StoriesReviewsOpen DaysEntry ExamsNetworking Events
+Our Students
+Authorised Recruiters
Featured in