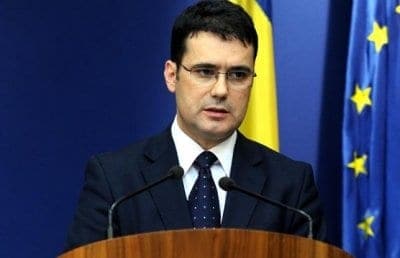 As time goes by, Romania strengthens its position on the map of European Education. Romanian Universities are becoming better, attracting a great number of EU and international students, whereas the Medical Colleges of Romania rank among the best in Europe. More than two decades after the fall of Communism, successive governments have created a miracle, by rebuilding and reforming the country at an unprecedented pace, be it in economy, administration, tourism and education. In 2013, these efforts seem to have been all the more fruitful. Thanks to the initiatives and the work of gifted and hardworking people such as Mr. Remus Pricopie, the Minister of Education, Youth and Science, these efforts have been rewarded aptly. Mr. Pricopie made an official visit to London on April 25th, 2013 to discuss with high-ranking British representatives the cooperation of Romania and the UK in the field of Education.

Mr. Pricopie met with Mr. A. Hamilton, vice-chancellor of the Oxford University. The two men discussed the Romanian scholar community at Oxford, consisting of no less than 120 and growing. Further discussions focused on the need to strengthen and extend affairs between the Romanian Ministry and the celebrated British Institution. Discussions were followed by meetings with lecturers, professors, researchers, scholars and students. Mr. Pricopie stressed the need to upgrade the level of Romanian Tertiary Education, through the close cooperation of the government with the Romanian community in the Universities of the UK and especially Oxford University. The Socrates-Erasmus student exchange programme was a central point in the discussion for some time, and then discussion shifted to the funding of research programs and the organization of international conferences, all supported by the Romanian Ministry of Education.

Additionally, Mr. Pricopie emphasized the need to integrate Romanians who are receiving an education abroad into the academic life of Romania. The Minister emphasized on the need to remove barriers for the incorporation of well-educated scholars from abroad as a means to upgrade Romanian Tertiary Education. Moreover, the Minister underlined that the younger generation of Romanian politicians must handle the needs of the Romanian Universities in line with the needs that arise in a globally competitive world.

Mr. Pricopie’s visit to England is another in a series of efforts to secure Romania’s educational acclaim in Europe.