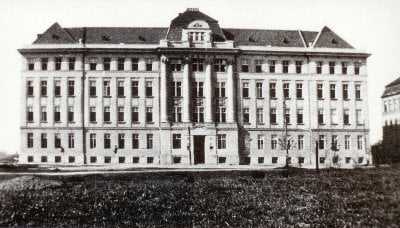 Unfortunately, the west hasn’t heard much about Romanian education. This is because in the past and until 1989 Romania was still shedding off the remnants of a communist state, and wasn’t concerned much about getting a global name for its educational services.

At present, however, Romanian education is on par with Western education, thanks to two decade efforts of its Ministry of Education, which has managed to revive the entire Romanian educational system since Romania became a democratic state and shed off everything related to the communist regime. The result of these two decades of work is a very promising educational system from kindergarten through university. The most important premise of Romanian education, however, and the axis around which education is offered, is that it is tuition-free, including books and materials, with the exception of uniforms and writing materials (i.e. notepads, and pencils), and nearly all schools are public.

At the age of seven, and starting mid-September, elementary school begins at grade one and lasts eight years. Holidays include four breaks: Christmas (three weeks in December-January), Easter (two weeks usually in April) and Summer (mid-June through mid-September), with an additional week off school in November for students in the first four grades. Most excursions take place the week or two weeks before Easter break. A typical student in grade three will likely be studying Mathematics and Geometry, History, Romanian Language, Geography, Science, French, English or German, Art, Civic Education (i.e. personal hygiene, laws and proper etiquette), Music, Basic Computer Skills, Religion, and Physical Education. Based on local school tests, at the end of the fourth grade, classes are reorganized and students may take two or more classes on a particular subject, i.e. Informatics. Every school has a school psychologist or a class counselor. Grade four marks the beginning of Gymnasium. By Grade eight students must study all the aforementioned courses in addition to Biology, Physics, Chemistry, Latin, and Technology, besides Informatics. Most schools have science laboratories.

Schooling is compulsory until the Grade eight, which corresponds to age fourteen or fifteen. At this point, students must take a Nation-wide exam in June, for which they only have one opportunity to pass. Should a student pass, he or she is allowed to continue in high school; should a student fail, he or is allowed to enter a Crafts and Trades school for two years. This is perhaps one of the most competitive school systems world-wide, but harsh though it may sound, it ensures that those who enter high school, and subsequently, should they choose to do so, university, are likely the most qualified. In other words, high school in Romania is reserved for students who pass the National Test, which is an extremely difficult aptitude test on a wide variety of lessons, and essentially filters out many students who never reach high school at all. In general, however, Romanian education is aligned to the European Higher Education Area. High School lasts a total of four years (two compulsory years and two non-compulsory years; Grades nine and ten, and Grades eleven and twelve, respectively). Essentially, High Schools are Colleges, given that students graduate with a Baccalaureate once they pass another Nation-wide exam at the end of High School.

In general, Elementary and High School education in Romania is not unlike that of most Western countries, given that the same fundamental lessons are taught, but certainly the educational cycles vary somewhat. From the moment that a select few teenagers enter the high school system, education in Romania becomes fiercely competitive. High school students are expected to perform exceptionally well, and only those who can pass the Romanian Baccalaureate Exam will continue on to University studies. Those who fail have no hope of obtaining a high school diploma, and are given a certificate, never mind applying to university.

This is perhaps why Romanian universities have been criticized by Western countries in the past, as they are extremely difficult to get in, and are centered on the elite. However, this has changed lately. After a few reforms, Higher Education in Romania, allows many Universities to have their own internal policies and not be centrally governed. It is important to note that it is thanks to many of the Romanian Universities that democratization took place so swiftly in the country, as many students were, and still are, active social members. One thing stands out, however, the admission process is left to the Universities, and may even include an additional admission exam, besides interviews. Most curricula are adopted from North America and Western Europe. Numerous International Programmes are offered, including, the Socrates Erasmus Student Exchange Programme, Fulbright, Tempus, CEEPUS and Copernicus, among others. Nearly all Romanian universities are now global players with various programs gaining worldwide recognition, mostly in medicine.

Post-graduate studies are somewhat difficult to accomplish in Romania by Romanians, as students are usually self-funded. Nonetheless, most research carried out in Romania has been outstanding, particularly in medicine and technology. Instead of giving out some of the well-known examples, it might be worthwhile to point out the following:

• Åžtefan Procopiu was the first to calculate the electron magnetic dipole moment in the hydrogen atom. He published his results in Romanian language around 1910, which remained largely unnoticed. Consequently, the Danish physicist Niels Bohr is credited for the findings (see Bohr magneton).
• Aurel BabeÅŸ is the inventor of the vaginal smear as screening test for cervical cancer. Georgios Papanikolaou who is generally credited for this discovery, was certainly not aware of the 1927 work by BabeÅŸ, published in limited-distribution Proceedings of the Bucharest Gynecological Society.
• Nicolae Paulescu discovered insulin in 1921. Two Canadian researchers, Frederick Banting and Charles Best, working in the physiology laboratory of Professor James MacLeod from the University of Toronto, published the same results in 1922. In 1923, the Canadians were awarded the Nobel Prize for a discovery that had been previously made by Paulescu.
• Romanian Professor Gheorghe Benga, from the University of Cluj-Napoca, was two years ahead of the Nobel Prize laureate in the research of the cellular protein channel for the human body. As early as 1986, Professor Benga started to publish the results of his research in Biochemistry in the European Journal. The American laureate, Peter Agre, who started to publish his researches two years after Professor Benga, was given absolute priority in this field.

This is beginning to change, however. After a series of reforms, nearly all courses in Romanian Universities are offered in English, something which guarantees a global range for international research and innovation. Beyond any shadow of doubt, based on current trends and on its strong tradition, in years to come Romanian education is expected to become an even more powerful global player.