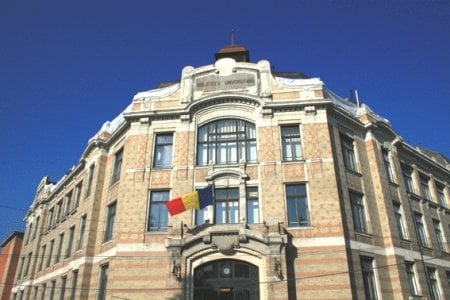 As part of the modernization strategy for improving education that Romania initiated this year aiming to make all study materials and books digitized, it has purchased thousands of projectors and printers.

Japanese giant printing and visual communications systems producer, Epson, sold well over 1,100 video projectors in Romania in the first half of the year, cashing in some EUR 580,000 during this 2013 period, a 3 percent increase on the same period of 2012. Earlier in October Epson reported the increase in sales will continue throughout the year, as during this period, some 2,900 projectors were sold in Romania, worth a staggering EUR 1.6 million.

“Educational projects have been the engine of sales in the second quarter, a trend we expect to continue in the near future”, said Simona Decuseara, National Sales & Marketing Manager Epson Romania.

While keeping focus on the educational segment, Epson expects growth in sales for home cinema and high resolution projectors, as well. As Romanian schools are becoming ever more modernized, they will be equipped with more and more digital tools ranging from computers, to projectors, speakers and printers, besides Wi-Fi routers and database systems.

Epson’s market share during this period reached approximately 35 percent, according to its own estimations. “In the second quarter of this year we saw an increase in market value due primarily to consumer orientation towards products with higher prices, which come equipped with advanced technologies such as brightness up to 10,000 ANSI lumens projectors, and with additional functions such as Wi-Fi connectivity”, Simon Decuseara added.

Romanian schools will be fully digitized by 2017 across all levels of education. While building all the necessary infrastructure, the electronics industry in Romania is expected to experience boosted sales, not only because the educational system requires that schools possess the needed infrastructure, but also because students and, by extension some parents as well, will buy relevant equipment. The overall sales of electronics can be expected in the tens of millions until the digitization process of all schools and across all levels of education is complete.

In turn, by way of having one of the most digitized educational systems around the world, this will likely make Romania’s younger generation in the near future one of the most tech-savvy in the world, and with great benefits for the economy.