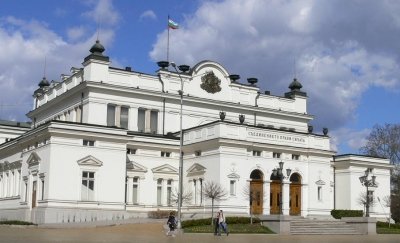 Bulgaria has a GNP per capita of $9,140 USD which is by far the highest in South-Eastern Europe and the second highest in the region outside of Central Europe. It has an annual growth rate of 6.1%. Bulgaria is also ranked 53rd out of 177 countries on the UNDP’s Human Development Index with a score of 0.82. Yet it is not these statistics that would truly surprise someone for this small country by comparison toits EU neighbors to the west. Bulgaria’s highest accomplishment is in making its education a global standard. Numerous educational reform projects have been carried out to improve Bulgaria’s education quality.

The Bulgarian National Report of the Council and Commission on the Implementation of the Strategic Framework for the European Cooperation in Education and Training 2020 underlines the priorities that are being set such as, increasing the number of graduates, encouraging young scientists, and for providing jobs for young people.

The priorities in education aim at improving the quality of education, linking educational programs to the actual needs of economy, ensuring that education is accessible to all and opening up the education system turning the country into a land of knowledge and innovations.

The Ministry of Education Youth and Science will be able through the national programs to envisage funding of specific measures and activities for improving the quality of Bulgarian education and for complete inclusion and keeping in school children at the age of mandatory education.

Higher education in Bulgaria is highly appreciated on international level, given that thousands of Bulgarian Medical doctors are working in UK, Canada, France and Germany and all over the world. Almost all universities have full international accreditation, and many offer courses in Bulgarian, English or French. Being an EU member,Bulgarian degrees obtained in Bulgarian Higher Education Institutions are full recognized in all EU state-members and beyond.

The accreditation system in Bulgaria is overseen by the National Evaluation and Accreditation Agency that grants the right of higher education institutions to provide higher education and qualification degrees in particular areas and professional scientific fields under EU guidelines. The regulated list of professions through the process of evaluation of the activities and preparation of specialists enhances their qualifications and the activities connected with the development of science, culture and innovation. In combination with low tuition fees, this has made Bulgaria one of the main destinations for international students.

It is no wonder that a country which allocates nearly 13% of its total public spending, according to the World Bank, on education will continue to rise as a global educational leader. However, according to the Minister of Education Sergei Ignatov, still much needs to be done. Bulgaria needs to triple its spending on education by 2017 because at a ratio to GDP of approximately 3.8% (Eurostat) it is still not as high as the vast expenditures on education of other richer countries that reach nearly 12% or more of their GDP. Be that as it may, even during the economic crisis and with such a tight budget, Bulgaria has managed to attract international attention for its universities. It is not the numbers that matter when Bulgaria attracts triple the international students that other countries with four times its budget attract, with projections for this fall indicating a doubling of international student influx compared to 2012. It is quality of education, low tuition, and a solid reputation.