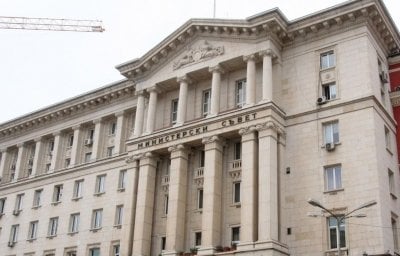 A few weeks ago, we presented the pioneering online database for the evaluation of the Bulgarian Universities (Bulgarian University Ranking System), which was conceived by the Bulgarian Minister of Education, Youth and Science, Sergei Ignatov, who has set as his priority the improvement of the state education system. The effort of Mr. Ignatov’s policy is beginning to bear fruit, with a case in point being is his recent speech in the University of Sofia “St. Clement of Ochrid”, to inaugurate the 2013 state budget increase in financing Bulgaria’s higher education system by 32 million Euros, annually. Bulgaria’s Prime Minister B. Borisov and the President of the University I. Ilchev were also present.

During his speech, Mr. Borisov focused on the extension of the Subway; its second line, which ends at the University, was opened recently to the public. Afterwards, he underlined the importance of further developments in the field of Education, while stating that central Europe is currently facing serious problems as far as Education is concerned. In his own words: “Half of Europe is in a crisis and the other half is entering recession — We must soldier on and make sure that our education does not become a victim of this crisis”. After their speech, Mr. Borisov, Mr. Ignatov and Mr. Ilchev inaugurated the new University Library of the Department of Foreign Languages, which was financed by the European Union.

Without doubt, Mr. Ignatov is a visionary. His efforts to take improve higher Bulgarian Education are finally paying off, with the future of the Bulgarian Universities seeming brighter than ever. Bulgaria’s Prime Minister, Mr. Borisov’s, stated that the Bulgarian Government stands behind these efforts to further improve the high standards of Bulgaria’s higher education.