HomeOur ArticlesA medical student confesses: "I had a nervous breakdown in Britain"

A medical student confesses: “I had a nervous breakdown in Britain” 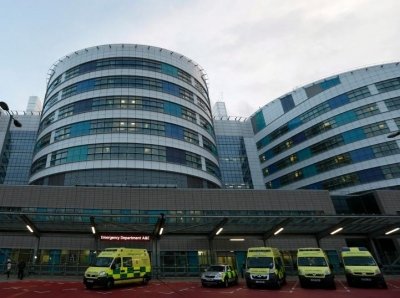 It’s a sunny morning; M.C. gazes at the open window. He has to smile: “I never thought days in Britain could be sunny. I always had the impression that the weather here is supposed to be gloomy, like a case of Divine Order”. His psychologist remains calm, taking notes and listening closely. M.C. keeps staring outside, deadpan. The tender, patient voice of his psychologist reaches his ears. “Is something worrying you?” M.C. doesn’t react so his therapist has to repeat. Finally, M.C. turns his head, still unexpressed. He breaks his silence after a few moments: “I really can’t take this anymore”.

M.C.’s case isn’t unique. Research reveals that a great number of native and international students in UK Universities must cope with the psychological problems that arise during their graduate or postgraduate studies due to lack of sunny days. Depression doesn’t seem to have a preference over scientific field either; its victims come from all kinds of faculties, be it Literature, Medicine, Law, Political Sciences, Chemistry or Engineering. What is of great interest is the fact that the number of students with some sort of lighter or heavier mental disorder is larger in the UK than in other European country.

Is there an explanation for this situation? M.C. confesses: “I had a nervous breakdown in Britain. I have always been a hard working student, never being afraid to study more or to work harder in order to achieve my goal”. He pauses. The weather’s still sunny. “However, when I came to Britain to study Medicine, I realized that the Educational system here regarded me as a product, as an insignificant unit that is paying vast amounts of money and one day will disappear. I was living inside a claustrophobic room, literally working 24 hours per day, and felt that I wasn’t getting any credit or acknowledgement back”.

Study programs in the UK may have become extremely impersonal and ridiculously expensive, but is that all that there is to it? “Universities in the UK don’t really possess the mechanisms in order to provide their students with psychological support”, M.C.’s psychologist says. “This means that students facing mental problems, depression being among the most prominent of all, have two options: Either to seek help off campus, like M.C. did, or to keep a firm upper lip and face it all alone”. M.C. interrupts: “I have to sacrifice at least 2 to 3 hours of my study to come here and talk with my psychologist. It has really helped me fight my demons, but it would be much more convenient for me if we had that kind of help on campus”.

As the session comes to an end, the weather has become slightly cloudy. “Ah, the Divine Order!” M.C. yells, laughing. Then, he calms down. “If I could start all over again, I definitely wouldn’t have chosen the UK for my studies. Its fame certainly surpasses reality. Maybe other big-shot counties, such as the USA and the Cayman Islands, are the same”. He makes one final remark while looking at his shoelaces: “I really don’t know anymore”.