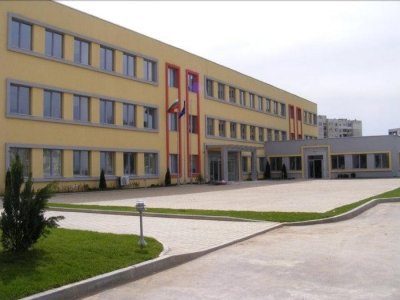 The Bulgarian Ministry of Education has taken another significant step towards the internationalization of its education, through a joint bi-lateral agreement with the Australian Ministry of Education earlier this year. Although not pertinent to Higher education yet, presently the Bulgarian School in Sydney offers classes for students in both Bulgarian and English, starting from as early as Kindergarten and continuing all the way to Grade 4, but the goal is to further such educational services in years to come through to high school and university studies.

Bulgarians in Australia and their families have the opportunity to retain awareness of the Bulgarian culture and history and at the same time retain a strong footing in Australia. The Bulgarian School in Sydney is fully accredited by the NSW Department of Education. This will help children become bilingual, which in turn will open the doors to opportunities in both countries and internationally, besides the two-fold multicultural awareness students gain from such an experience. Furthermore, Slavic language career benefits are retained in addition to professional opportunities in English-speaking countries and the Commonwealth, given that students will have built strong Curriculum Vitae while enjoying NSW grants for study and school activities.

On the other side of the globe, in Boston, the School “St. Cyril and Methodius”, which was established in 1999, also helps further Bulgarian education internationally. The School is complete with a library, multimedia rooms and grounds for sports and as of August 2008, the school is licensed by the Ministry of Education of Bulgaria, enabling children who finish high school, to not require exams if they wish to continue their education in Bulgaria.

With such a growing number of Australians and Americans pouring into Bulgaria to pursue medical studies, such a significant step will ensure that the gates to Bulgarian Higher education will remain secured and open in the future to welcome prospective students. If planning on helping their children to continue with their university education in Bulgaria, parents may enroll their children in Bulgarian High Schools abroad, so as to speed step their entrance into the Bulgarian Higher Education system.

With no less than 45 Bulgarian Schools around the world in 23 countries, some offering education as far as 12th grade, Bulgaria is expected to attract by as much as triple the number of international students to its already booming Higher Education system in the next 5-10 years.

In 2011 the Association of Bulgarian Schools Abroad (ABUCH) began broadening its educational course of action to include High school education in all its schools abroad that will lead to University education by as soon as 2020. In turn, this will facilitate higher education partnerships with other countries and from Bulgaria, placing Bulgaria as one of the leaders in global higher education in the following decade.

But a mere four years ago, in August 2009, at the Second Conference of the Association of Bulgarian Schools Abroad, Snejina Mecheva, the Spokesperson, Board member and Director of the Bulgarian School at the Embassy of Bulgaria in London, inaugurated the programme stating: “…I’ll [say] about something that only two years ago was in my dreams and the dreams of teachers in Bulgarian schools abroad, and today is no longer a dream. It has become real, we can almost touch it. But this is because many schools, principals, teachers, trustees, donors, parents, students, diplomats, politicians had dozens of sleepless nights, and have poured their forces working collectively to make this reality.”

An extract from the Memorandum of Dr. Irina Vladikova Director of the Bulgarian School in Vienna (5th August 2009, during the ABUCH conference), underlines the efforts of Bulgaria in this direction: “The Ministry of Education hosted a meeting with ABUCH Minister Fandakova, attended by Deputy Chairman of the National Assembly Mr. Georgi Pirinski, Minister Bozidar Dimitrov, Deputy Minister of Education Mrs. Kodzhabashieva and Mrs. Velinova, Head of the European Cooperation in the Ministry of Education, who repeatedly mentioned how impressed they were with all that was discussed at the Conference concerning our work and commitment, and shared their expectations for the future to work as partners. Mr. Chairman also said specifically what legislative changes are needed. Mrs. Fandakova added that it is necessary to create a sustainable legislative framework within one year to identify the most urgent measures and actions that the government must take to facilitate the work of our schools abroad and broaden their scope.”

It seems that Bulgaria’s hard work to internationalize its education is finally beginning to bear fruit, and that the foundations for strengthening Higher Education ties with numerous countries abroad are already in place.

Symbolically, the conference ended after a young third-grader, Alexandra Paunova recited a children’s verse with irresistible sincerity: “[…] You will learn, we travel far, and will be citizens of the world […]”.