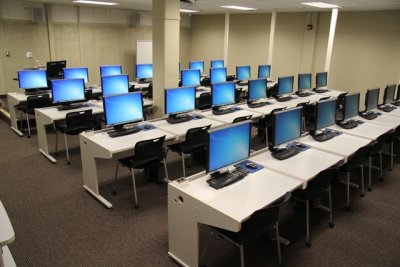 The process of learning has remained nearly unchanged for thousands of years around the world, with the main tools of education being a pen or scribing tool and paper or a note-taking surface, as well as books. Most attempts to change this and shift over entirely to digital means have been unsuccessful, but the Romanian Ministry of Education aims to make the process of learning not only more fun, but the most modernized in the world, by next year.

Once new digital versions of school books are introduced, with the target set for the school year 2014-2015, all schools in the country will have new books that contain interactive, digital versions, as well as online versions. This will also help reduce cost, and will ensure more content is accessible to students and teachers alike from a variety of sources and rich multimedia content.

The Romanian Ministry of Education recently put the project under public debate in order to evaluate, approve, acquire and manage school books at the pre-university level, before launching the project nationwide from high schools to universities. This year, a pilot program is being assessed also in the first grade of primary school, which has already received digital school books for the school year 2013 – 2014. As of 2014, Students will receive the printable and interactive digital version on a CD at the beginning of the school year, or may download it from the Ministry’s website, while the online version will be available on the platform www.manuale.edu.ro.

The digital version of a school book does not, however, aim to replace entirely the printed book, but to enhance it with interactive multimedia activities, while it can also be used as a copy book for students to take notes or save personal papers, as well as exchange ideas. There are plans for teachers and students to be able to save questions and notes that can be answered by the wider school community.

The projects submitted for approval by Ministry of Education will receive a score based on quality criteria, and in order to be approved, a project needs a minimum score of 57 out of 70. So far, it seems the project is going very well, and by 2014 the new books will be rolled out into all schools in stages, starting in the school year 2013-14 in major areas of the country and various levels of education, with the finalization of deployment being projected for 2017-2018 across the nation and covering all levels of education. In the meantime, improvements will be made based on student and teacher feedback.

In August 2013, procedures for acquiring digital school books for the second grade will also began, and the first orders for such books will be made by June 2014. In the school year 2014-2015, new digital books will be created for the first, second, fourth and ninth grades, and in 2015-2016 for the third, fourth, sixth and tenth grades, while for the seventh and eleventh grades the digital books will be made available in 2016-2017, and for the eight and twelfth grades, in 2017-2018. Simultaneously, universities have a deadline for 2018 to have implemented digitization of educational content.

What is more, Romanian students could benefit from using an online library towards the end of this year, once the plans of the Ministry of Education are realized and the Romanian school system steps well into the digital era. Education Minister Remus Pricopie said he hopes a platform for digital school books will be launched this fall, on manuale.edu.ro. “This would be useful not only to children in Romanian schools, but to teachers as well, who will be able to better choose their educational tools, and to parents who work with their children, and even to parents and children who do not live in Romania, but who would like to follow an education using the Romanian curriculum”, said the Minister at the launch of the first online school book approved by the Education Ministry. Better yet, the access to digital libraries via this digital books system could very well mean that Romania is on its way to building one of the biggest nation-wide educational libraries in the world within the quinquennium. Further plans include launching into all formats and devices embracing all prospects offered by the digital market.

An example of these books includes the book “Lectia Verde” or “the Green lesson”, and can be downloaded either as a .pdf or as an iOS app from lectiaverde.ro. This, book is an interactive ecology course for children aged 8 to 13, created at the initiative of cement producer Holcim Romania, in partnership with Romania’s Education Ministry. This is an optional subject for Romanian students, but the interactive content is quite stunning, nonetheless.