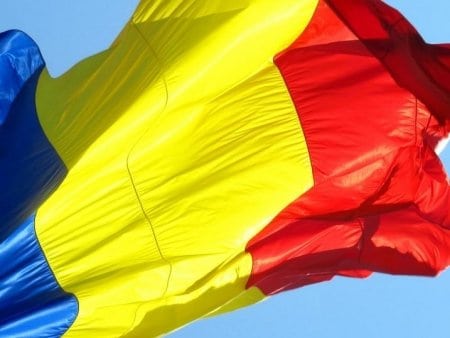 Much is happening in Romania as far as it concerns science, be it in informatics, telecommunications, or medicine.

The Chinese telecommunications giant Huawei will invest in research and education programs in Romania, and will set up a regional center in Bucharest, announced in early December by the prime-minister Victor Ponta, after the government committed to supporting these investments.

In a public agreement, the Romanian government approved a Memorandum with Huawei Technologies Co. Ltd. Which will grant “the necessary support for expanding commercial activities to Huawei, but also received Huawei’s commitment to making local investments in the future”. Victor Ponta pointed out that “we are talking about investments in research and education, programs on research and education, including a regional center in Bucharest”.

Ten years have passed since Huawei opened its Romanian office, and it now operates with no less than 800 employees, working in the three divisions. Huawei’s operations in Romania are channeled around Huawei’s Global Services Center and R&D center in Bucharest with 400 employees, the Financial Assistance Center with another 265 employees and the Huawei offices where another 135 people work, amounting to about 1,500 employees.

Nevertheless, Huawei is not just doing business in Romania. The center was set up about one and a half years ago after a EUR 6 million investment aiming to serve operators in the entire European region, but after talks with the Romanian government, it will expand its operations and play a most significant role in education and informatics research programmes, helping schools with technology projects and setting up cooperation programmes for training.

In a like-minded manner, technology company IBM Romania has inaugurated its System Networking Student Laboratory within the Faculty of Electronics, Telecommunications and Information Technology (ETTI) at the Politehnica University in Bucharest.

“The System Networking Laboratory in the Bucharest Politehnica University will help students learn about all the new technologies that can be implemented to help businesses adjust to the needs of the future”, said Andrew Currier, director of IBM Bucharest Systems Laboratory. “This new relation between IBM and the Politehnica University in Bucharest aims to grow the practical experience of students, preparing them better for their future jobs”, he continued.

Apart from the equipment and technology, IBM will also be offering consultancy. “With this laboratory, IBM is growing the number of experimental facilities offered by ETTI for students and researchers. Real tests, multiple communication scenarios and new ideas can now be applied, studied or verified”, said Professor Cristian Negrescu, dean of ETTI.

Further to the north, a Romanian medical research facility, receiver of EU grants and Romanian publicity, may have developed “artificial blood”. Until now, scientists around the world have been struggling to replicate blood, and all attempts were met with defeat. Blood not only delivers oxygen and essential nutrients, but also has a multitude of other functions that are essential for our survival, such as fighting infections, healing injuries and regulating hormones. Thus far, researchers have concentrated on the more modest goal of creating something that can at least effectively carry out the vital role of transporting oxygen throughout the body.

The latest bearer of hope for such a breakthrough comes this research facility, located in the Transylvanian city of Cluj-Napoca, of all places – Count Dracula’s homeland. Researcher Radu Silaghi-Dumitrescu, a professor at Babes-Bolyai University, has been working for three years on this project and his work has progressed to the point where he and his team successfully transfused a blood substitute into mice – without any of the mice experiencing any ill effects. Professor Dumitrescu intends for the lab-engineered blood to work inside the body for several hours or even up to an entire day as the body replenishes itself with new blood.

This kind of “artificial blood” would be a useful substitute for critical circumstances such as medical emergencies, when the body cannot do this on its own. It could also be designed to be sterile, unlike real blood, which can be infected and infect others during a transfusion. Better yet, while donated blood requires refrigeration, this synthetic version can last longer and be readily available for various life-or-death situations, even on the battlefield.

Evident from so much capital being invested in informatics and telecommunications technology as well as the amount of medical research and all the other numerous medical innovations in Romania, it is clear that Romanian education seems to be aligned in the main directions of these two domains, and what the future has in store seems very promising, attracting not only giant corporations, but also famous researchers from all over the world.