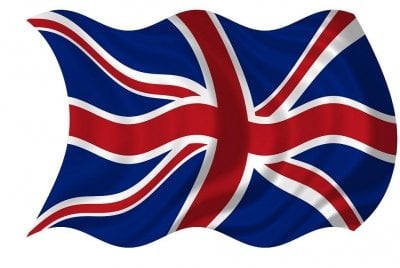 In the next few days, and for two whole weeks (May 26th – June 11th, 2013), the British Embassy in Bulgaria is organizing a series of events entitled “British Weeks”. The event will take place in Sofia, Plovdiv and Varna, and aim to display the close and long-standing cooperation between the two countries in education, economy and culture, and furthermore to underline the intention of the two nations to work closer together in the future.

The majority of events will have a philanthropic scope, as all proceeds will be given to support Bulgarian families in need. Among the events there will be art exhibitions, movie shows, classical music concerts, as well as a football match between the Aston Villa Old Stars team and a Bulgarian Dream Team. The premier of the film “Portrait of a Quest” is expected to draw the public’s attention. The film examines the influence gospel manuscripts that were in the possession of the Tsar Ivan Alexander (14th century AD) exerted in Bulgaria. These manuscript s, which are now kept in the British Library in London, are among the most significant legendary documents of Medieval Europe.

Other activities that are expected to draw visitors include the FameLab International final, which will be broadcast on the Internet. The final’s main purpose is to accustom audiences to science in a comprehensible and entertaining manner. Visitors of “British Weeks” will also have the opportunity to participate in many contests, and win prizes.

British Ambassador to Bulgaria, Jonathan Allen, stated that “one of the events’ main goals is to display the achievements of British-Bulgarian cooperation in the field of Education”. Certainly, Great Britain has contributed to the development of Bulgarian universities, through investments and through academic staff and student exchange.

It seems after about a decade, the efforts of the Bulgarian government to modernize its Tertiary Education system, by establishing English-taught courses in several of its Universities, are paying off. Worthy to note is that n all three public Universities of the cities in which the “British Weeks” are taking place, Sofia, Plovdiv and Varna, English-taught courses are available in the field of Medicine.

To summarize, the “British Weeks” show in a vivid way that Bulgaria’s place in Europe has become more significant. If anything, the Bulgarian society is appreciated by one of the most powerful countries in Western Europe.